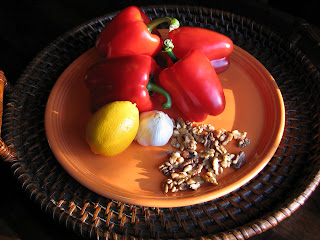 Muhammara is an intensely flavorful Middle Eastern dip, made with roasted red bell peppers and toasted walnuts. I first tasted this delicious concoction at the 74th Street Ale House in Seattle and fell in love at first bite. Roasted red peppers lend a sweet and smoky flavor that melds beautifully with the toasty-ness of the ground nuts. The walnuts give the dip its body and texture, which I find somewhat similar to hummus. When the peppers and nuts are mixed with a healthy hit of garlic and some lemon juice, the result is a spread that is light, yet hearty, sweet-smoky, and leaves you wanting more. Muhammara is ridiculously healthy compared to so many dips, and is also vegetarian, so this recipe is great for sharing. It's a big hit at parties, and is also perfect for a light lunch when served with toasted pita chips, olives, and feta cheese. Hungry yet? Yeah, me too.
I first attempted Muhammara at home about 10 years ago by searching online for ideas. I haven't made it recently, and found my notes somewhat lacking, so began with a complete revamp of the recipe. If you look online, many versions call for roasted red peppers out of a jar. I considered going that route, but am so glad I didn't. It took about 25 minutes to roast the peppers in the oven, but the flavor was very much worth it, as well as the smell of them blackening under the broiler. I just parked a stool by the oven door and kept an eye on them, turning the peppers with tongs about every 5 minutes. It was fun to watch them start to blister, then blacken, then split, sputter, and pop as their juices caramelized along their skins. I recommend taking the time for this step, as I've tasted peppers out of a jar and they are great in a pinch, but no where near as flavorful as these.
The other modification I made after tasting the first batch, as the pictures below will illustrate. That first taste was goooood. The flavors of the peppers, nuts and garlic came through perfectly, but the dip was too light in texture and didn't have the heft I was seeking. I put it back in the food processor with garbanzo beans and feta cheese and was delighted with the results. All the flavor and texture I wanted was now there, the only remaining challenge was to stop eating it before the pita was toasted. I hope you give Muhammara a try, and have the same chance I did to enjoy its complex, smoky, and nutty flavors. We're working our way through it as I type, and it is truly delicious.
Ingredients
2 heaping cups of lightly toasted walnuts
4 red bell peppers (about 2 lbs) roasted and peeled
1, 15.5 oz can garbanzo beans, rinsed and drained
4 oz feta cheese
1-2 cloves garlic, peeled (I used 3 and loved it, but that may be too much for some)
3 T fresh lemon juice
1 T + 2t apple cider vinegar
1 T extra virgin olive oil
1 t honey
1/4 t ground cumin
salt, pepper and cayenne to taste
Serve with pita chips, feta cheese, olives, whatever you choose.
Directions
Walnuts: spread the walnuts on a rimmed baking sheet and bake at 350 degrees for 8-10 minutes. Check them half way through, and give the pan a shake. Keep your eye on them toward the end of the cooking process to ensure they don't burn. They should be lightly toasted and browned when done. 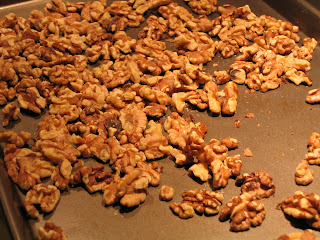 Peppers: wash and remove any labels. Put peppers on a rimmed baking sheet and place as close to the broiler as you can, my peppers were on the large side so I used the 2nd shelf in the oven. Turn broiler to high and turn peppers about every 5 minutes so they cook evenly. Their skins will turn black, blister and split. 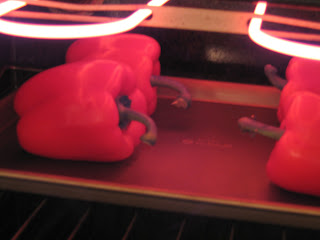 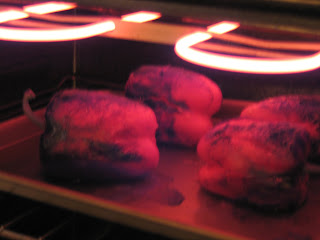 Once the peppers are evenly blackened, about 25 minutes, remove to a plastic bowl that you can cover very tightly with a lid, or foil or plastic wrap. Put the hot peppers in the bowl and cover immediately. Do not disturb for at least 20 minutes. The peppers will steam in the bowl, releasing their skins and making peeling a snap. 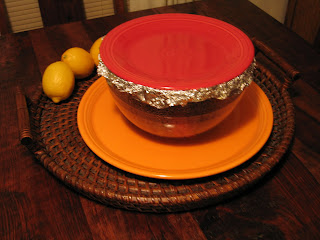 After 20 minutes remove peppers to cutting board. Set up a sieve over a bowl and peel and seed the peppers over the sieve to preserve as much of their juices as possible. At the end I had about 1/2 cup of dark, rich, smoky liquid that I added to the dip. 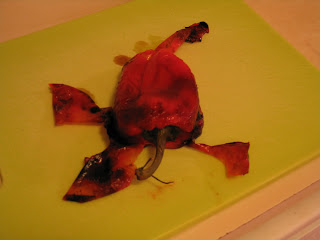 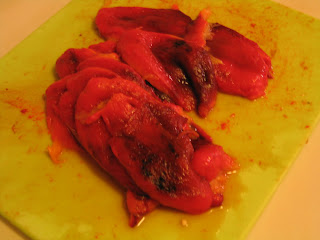 Now that you've done most of the work... 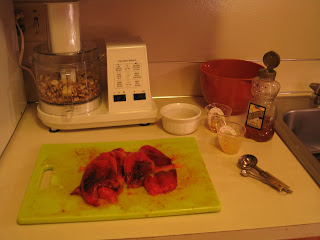 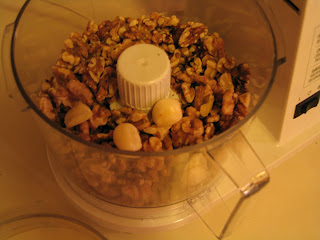 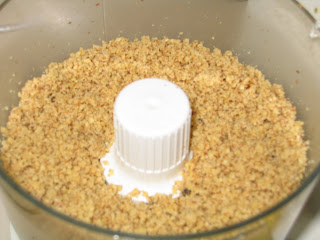 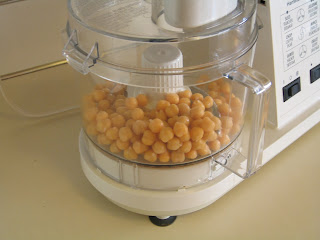 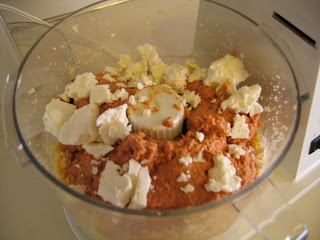 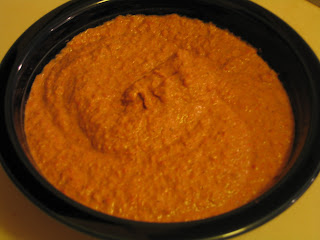 Empty into bowl and refrigerate until ready to serve. Muhammara will keep several days in the fridge in an airtight container. 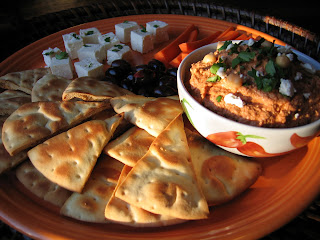 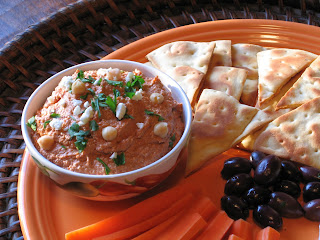